Killer Clowns Take Over the Nation 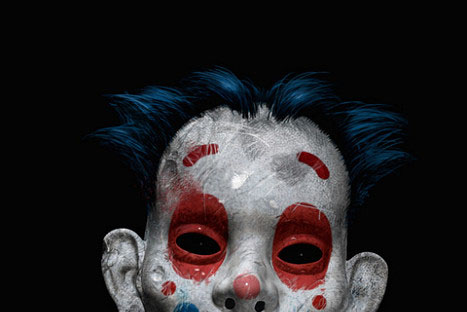 A new “trend” seen around the world that’s frightening many are people dressing up as clowns. Many of these creepy clowns are just pranksters aiming to terrify and scare people but are harmless, however a few have become violent and dangerous.

According to Mic.com these clowns have shown up from San Francisco all the way to Sweden, and these “pranks” are getting scarier by the day. Sightings have even been found in Europe and the Philippines.

Recently, a woman in Mayes County, Oklahoma, reported an incident in which she was flagged down in her car by a woman standing on the side of a road. Once she pulled over, two men in clown masks allegedly dragged her from her vehicle. The female suspect allegedly put out a cigarette on the victim’s face and also wrote “clown posse” on her face, as reported by Mic.com.

In a CBS News article it explains how all the way back to late August there have been dozens of reports of threatening clowns, and are mostly centered around schools and colleges. Whether they are pranks or actual threats, police have to take them seriously as a potential threat to people’s safety.

Police in Connecticut have dealt with a social media threat targeting several schools in the New Haven area. While officials dismissed it as a hoax, they’re still taking it seriously.

“At this time we are considering this to be nothing more than a prank and harassment fueled by social media [with] upcoming Halloween. Working with the police department and our own security team, we have no evidence that there is a credible threat to students or schools in the district,” Garth Harries, superintendent of New Haven public schools said, according to CBSNews.com.

Clowns have made their way to Topeka as stated on WIBW.com,

“Spooky clown sightings have been reported in ten states so far, and now this hair raising trend has made its way to Topeka.” They also continue to say, “This frightening trend may become more popular due to the hype it is receiving on social media and horror movies. It may not be against the law to dress like a scary clown, but TPD says they want residents to contact police if they feel threatened. With Halloween being around the corner, TPD suggests everyone should travel in pairs, as there are strength in numbers and for parents to have a chat with their kids about being alert.”