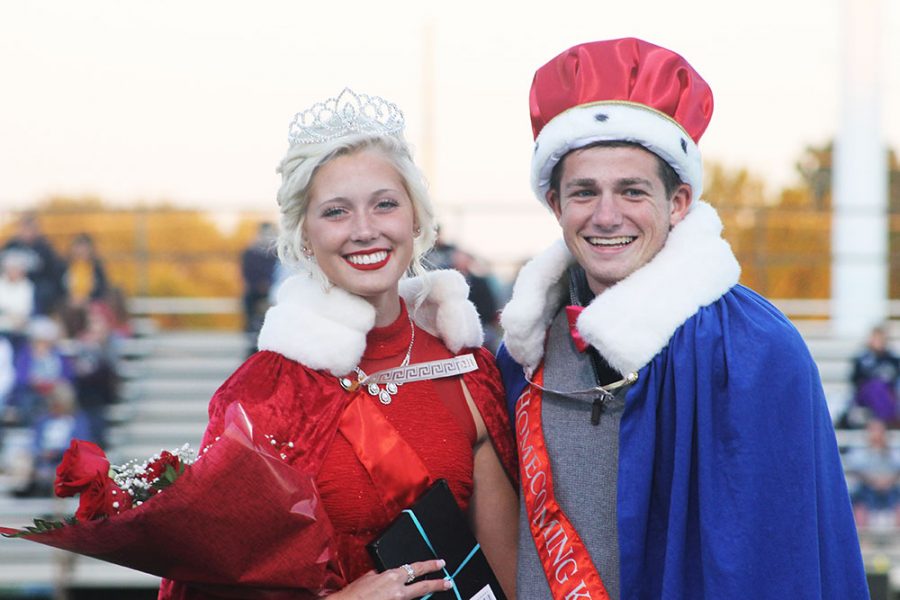 Valerie Goulder, Staffer
To some, Homecoming has always been one of the most unforgettable experiences from high school. Whether winning royalty or simply being nominated, this day will be cherished in the minds of the candidates throughout their lifetime. The day of homecoming, the candidates enjoy an early breakfast around 10 a.m. at IHOP. They take anywhere from one to three hours preparing to take their place on the field.

As all ten candidates walked across the field and lined up before the game, all were patiently waiting to see if their name would be announced as the winners. When the moment finally came and the announcer declared that Kristen Mayfield and Justin Armbruster had won king and queen, emotion began flowing.

“I was kind of in shock and anxious, I was crying,” Mayfield said. Armbruster, as well, was in shock and wasn’t expecting to win.

“I didn’t have goosebumps but I did get a little lightheaded walking over to the center,” Armbruster said.
After the night was completed, Armbruster realized winning royalty was one for the books.
“It was awesome being up and it was even more fun winning,” Armbruster said.

Mayfield also made one of her most fond memories that night.

“I would definitely describe it as one to remember and one of a kind,” Mayfield said.

Along with homecoming comes the tradition of each class having decorative shirts that match the theme of their float. This year, there was much spoke controversy over the word “lit” being written on the back of the senior class’ shirt. The day before homecoming, the senior class were given their shirts at lunch. Unfortunately, they would not be able to wear it the following day.
“The group putting together the shirt were told three times no,” Mr. Ed West, principal, said, “The shirts were already on site and being delivered so the first option was just to clarify what happened.”

Senior Jordan Gallegos, contributed her time to help with the overall design of both shirts. When she heard about it being rejected at lunch, her emotions rose.

“I was kind of mad and upset that all the hours I spent trying to design a shirt didn’t matter because there was a certain word the administration didn’t like,” Gallegos said.

Even though the seniors couldn’t wear their shirt the next day, Gallegos’ mother and her volunteered to help make new shirts the night before for those who paid for the rejected one. The money for these new shirts was covered by school funding.
“I recreated a whole new shirt and was basically at the shop from 4 p.m. to 4 a.m.,” Gallegos said.

On homecoming day, some of the seniors picked up the new shirt while others got help from teacher Mrs. Tanya Richey, who offered to cover up the word “lit” with “Class of 2017 Lava Victory!”

“I thought it was a great plan so the next day we provided that as an option,” Mr. West said, “Any student that still had the word on the back had the options to change out of the shirt, wear the new shirt, or go down and have it covered up.”

With the student-administration compromise, homecoming continued as usual and memories were made. 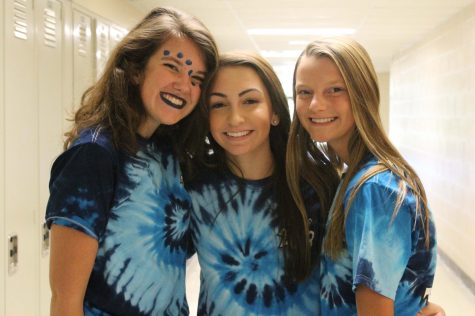