The two most popular consoles, Xbox and PlayStation, are often debated against each other. Here’s the perspective of a few students. 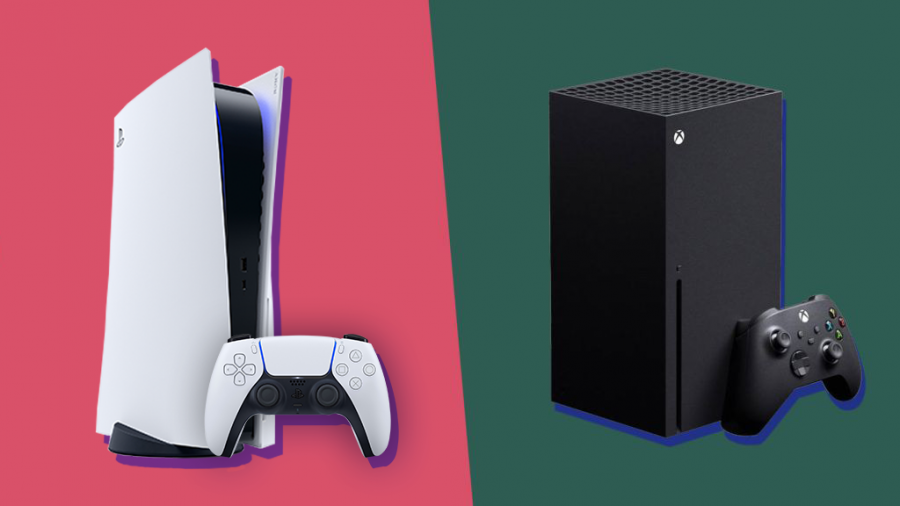 The New PlayStation and Xbox consoles are out and it’s that time to start upgrading to the new generation of consoles as the Xbox one and PlayStation 4 grow obsolete. Here are a few reasons why some students are getting a Xbox series X or PlayStation5 (PS5).

Sophomore Maddox Moten wants the Xbox Series X. He enjoys the more minimalistic look of the Xbox and its backwards compatibility.

“The PlayStation 5 is massive; it can only fit in so many places,” Moten said.

Moten does however like some features that come with the PS5. For instance he likes the adaptive triggers in the PS5 controllers. He also said he likes the PlayStation exclusives like Spider Man and God of War.

Freshman Caleb Seelbach wants the PlayStation5. He likes the instant load time and looks forward to playing the newest Call of Duty with no loading screens. He is amazed how both companies have come so far in their developments.

“It’s pretty interesting from where they’ve started they have definitely gone out on a limb and they’ve upgraded a lot,” Seelbach said.

Sophomore Gabe Weber also prefers the PlayStation 5. Like Moten, he likes the new PS5 controllers and all the tech they bring.

“The Xbox looks like a cube and I like the more futuristic look of the PS5,” Weber said.

Personally, I plan on getting the new PS5. Mostly because of my PlayStation loyalty and the console exclusive games I enjoy way more. The graphics and overall performance of the console has improved a lot compared to the PS4.