Staff favorites for our readers to enjoy in their extra time. 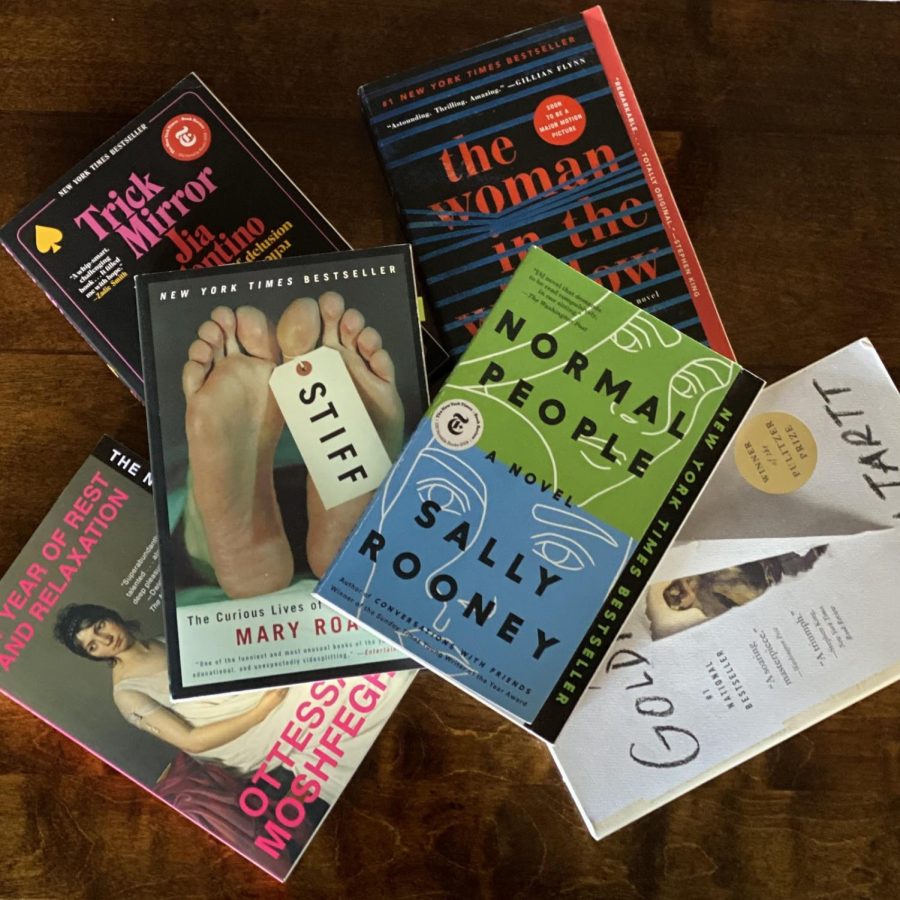 If you’re looking for a thriller…

The Woman in the Window by A.J. Finn

The Woman in the Window follows Anna Fox, an agoraphobic woman who lives by herself in New York City. She spends her time watching old movies, recalling happier times, and spying on her neighbors. When she witnesses something out of place in her normally peaceful neighborhood, her world begins to crumble. As Anna spirals further into the mystery of what happened next door, the book explores what is real, what is imagined, and who the real person in danger is.

A book about romance…

Normal People tells the story of Connell and Marianne and their journey through mutual friendship and love. Opposite in everything except the small town they grew up in, the story explores the pair’s relationship as they drift and reconvene over the years, following them through high school, college, and into adulthood.

Stiff: The Curious Lives of Human Cadavers by Mary Roach

In Stiff: The Curious Lives of Human Cadavers, author Mary Roach explores the contributions that the deceased have made to society. From the use of cadavers being donated to science to the history of body snatching, Stiff tells the story of what happens to our bodies once we depart from them.

A book to T.V. adaptation with a twist…

Fans of the hit T.V. show Jane the Virgin will be interested in Snow Falling, the book the fictional character Jane Villanueva wrote during the show. Available for reading, Snow Falling is a historical romance novel set in 1902 Miami. It follows Josephine Galena Valencia, a hotel worker who finds herself in a love triangle in the midst of a criminal investigation.

Among the Hidden is a series set in a dystopian future where families are only allowed to have two children in an attempt to manage overpopulation. With seven books total, the series follows different characters who attempt to live their lives while avoiding the Population Police.