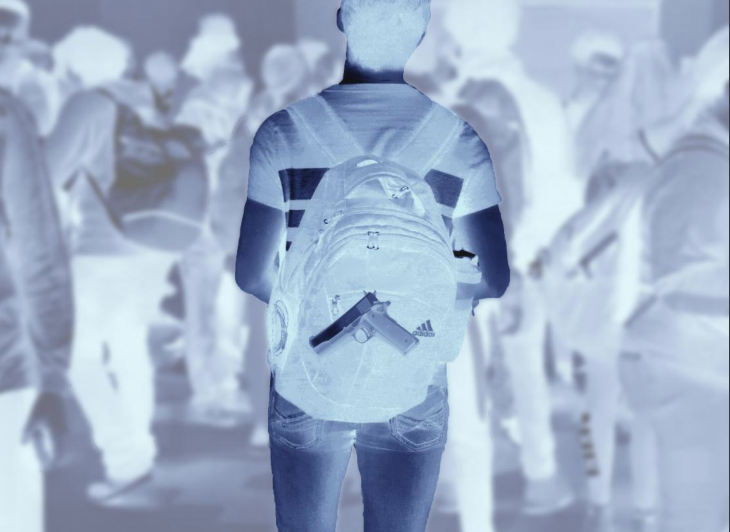 Teachers Question Safety Preparations
By March 8, 14 school shootings had already occurred in the United States in 2018, averaging to 1.5 school shootings per week. According to Every Town Research, there have been 301 school shootings since 2013. School safety is now a priority topic for each district in the nation.

The Shawnee Heights board of education met to discuss topics of communication within the schools in these types of emergency situations. Mr. Benjamin Thursby, the district chief of police, spoke at the meeting on March 5 about new lockdown procedures implemented this year. Although the board reviewed these procedures, Officer Thursby was not allowed to release specifics of the plan for security reasons.

In the security plan, two types of lockdowns are identified: a soft lockdown and a hard lockdown. In a survey of teachers at the high school, 95.7 percent of teachers said they knew the difference between the two, but only 15.2 percent indicated they felt the school had properly practiced these procedures. The security officers stated their goal is to run at least two lockdown procedures a year. As of March, only one soft lockdown had been practiced.

One building safety precaution includes all doors locked at the high school after 8 a.m. except for the main office doors where all visitors must come through during the school day. However, when teachers were asked their opinion on whether or not the building is secure, many felt like there were vulnerabilities.

“It’s a difficult building to secure in the first place being as long as it is,” a teacher who asked to remain anonymous said. “Doors are always unlocked. Staff and students are not trained in ‘intruder’ or ‘stranger’ protocol like other schools. Strangers can wander these halls with impunity.”

A repeated concern in the survey indicated the efficacy of the alarms on the locked doors throughout the day.

“Kids let their friends in and when students or staff exit the building and the alarm sounds, it occurs so frequently that no one even glances up,” another teacher said.

There are different policies and actions set up for different types of emergencies including: a potential threat, an actual threat, and a medical emergency. The school works closely with outside agencies like the Shawnee County Sheriff’s Department and other law enforcement agencies in emergency situations.

“The school has very good plans in place, but like anything you always assess and reassess and look at how you can make improvements based on what we learn from other situations,” Officer Marcus Sheid said, the school resource officer in the building any time school is in session.

Whether or not the district will put in place additional security measures is still up for debate. Of the 45 teachers who participated in the survey, six specifically mentioned metal detectors.

“I wish we had a stronger police presence at our school,” Ms. Beth Hanna said. “I wish we had safety measures such as metal detectors and officers/staff with wands. I know that there will be those who believe that I am taking school shootings too seriously, but I don’t. I believe in being proactive rather than reactive. Safety measures instead of regret. I also believe that the majority of students would appreciate knowing that there is less possibility of being hurt by a knife or gun by using metal detectors. I am a strong believer in the second amendment, but I do not believe that guns, or any weapons, have any place in school.”

At the board meeting, metal detectors were discussed, but superintendent Dr. Stessman explained the potential challenges of adding a bottleneck to 1,200 students and staff all entering one spot in a 20-minute span.

An added complication to contacting emergency personnel is the addition of a new district phone system put in place this year called Cisco Jabber. Instead of traditional desk phones, teachers now have an application on their computer that works like a phone. In the survey, only six teachers felt that calling 911 from Cisco Jabber would be easily accessible in an emergency. Eighty percent said they would have to use a personal cell phone to call 911, and yet a majority of those respondents said this would be complicated as they do not receive reliable cell service in the building.

“We have one phone system for the entire district and it is located at the high school in our data center.  We build routes/policies to make sure the calls from the various buildings get routed correctly, which is why we test 911 regularly, ” Director of Technology Blair Anderson said.

Yet, beyond the logistics of building security and communication, the officers understand the human connection needed to prevent tragedies.