Teenage vaping is on the rise 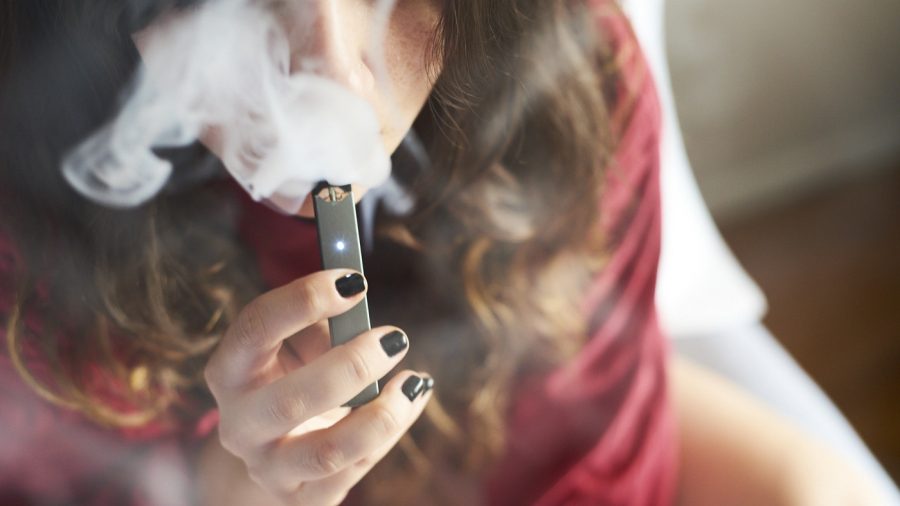 How does nicotine in e-cigarettes affect young brains? Researchers are teasing out answers. Research on young mice and rats shows how nicotine hijacks brain systems involved in learning, memory, impulse control and addiction.

If you were to pull ten random high school students, at least four of them has, or currently vapes. The rise in teen is up to nearly 40%. Vaping made it debut in 2009, and became widely more popular since 2015. It sparked an interest from teenagers because according to senior Jaden Zimmerman “because of peer pressure and the flavors”. It’s no doubt that the flavors vape companies would intrigue teenagers, if the companies sold only tobacco flavor it would not appeal to teens. Not to add, the smell of vape smoke is much more accepted by teenagers and harder to detect than cigarette smoke.

Why was Vaping invented?

It’s no secret teens vape. You see it in the bathrooms, in the parking lot, in the football stands, and even the bold students will use a vape in class. So there is no shock that the media focuses on teen vaping more than adults. Teenagers deal with peer pressure in ways adults don’t have to, because adults do not need to worry about fitting in or being “cool” or “popular”. The rise in teens vaping has increased to nearly 40%. Even at Shawnee Heights in the past two school years we’ve had —- students been caught vaping says —————. Here at Shawnee Heights we have taken action by closing down two sets of bathrooms, one in the north wing and one set in the south wing.