The House of Representatives are moving forward with the impeachment inquiry process. 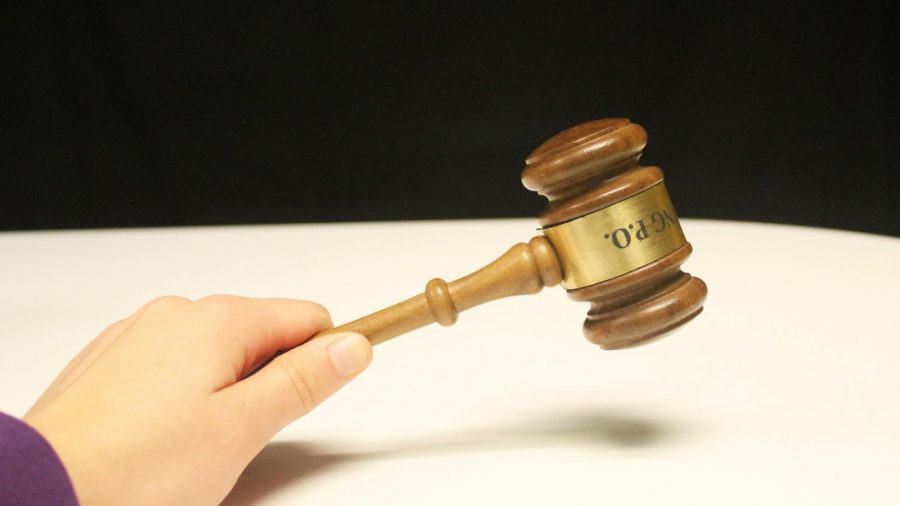 Many people understand impeachment as being a decision as to whether or not the president loses or keeps his job, however, it is much more complex than that. .

“Impeachment is the process of having the president or another elected official go through a trial process after Congress has determined they have committed some sort of crime,” Mrs. Regan Jones, a history teacher, said.

This process can get a bit complicated and can take an extensive time period to figure out.

“It could probably last for a year, I mean simply to impeach him would be ‘what charges can you bring that are a high crime and misdemeanor?’ And the House being the prosecuting attorney vs the Senate being the jury of that particular case. If you want to call it that, a criminal case against the president, so it could take a while,” Mr. Patrick Buchanan, a government teacher, said.

For a president to be impeached, they first have to break the law in some way. In this case, President Trump has been accused of breaking a campaign finance law. The official page for Federal Election of Commision states, “Campaigns may not solicit or accept contributions from foreign nationals. Federal law prohibits contributions, donations… from foreign nationals in connection with any election — federal, state or local.”

Currently, The House of Representatives is proceeding with hearings and trying to find evidence so that they can go on with the process of impeachment. But it doesn’t end there.

“There have been two presidents that have been impeached, but then they were later found not guilty by the Senate,” Mrs. Jones said.

“If they are guilty then they are kicked out of office and typically they go to a civil court- so a court of the people- and that’s when they can have a sentence put on them.” Mrs. Jones said.

President Trump has recently reffered to the situation as lynching.

“So some day, if a Democrat becomes President and the Republicans win the House, even by a tiny margin, they can impeach the President, without due process or fairness or any legal rights,” he wrote on Twitter. “All Republicans must remember what they are witnessing here – a lynching. But we will WIN!”

The House began its second week of the process with hearings, starting with testimonies from Jennifer Williams, an aide to Vice President Mike Pence, and Alexander Vindam, a National Security Council official who heard the phone call. The House also listened to hearings from Kurt Volker, a former special envoy to Ukraine, and Tim Morrison, senior director of European and Russian affairs at the National Security Council.

On Dec. 4, the inquiry moved to the House Judiciary Committee, where lawyers testified whether or not Congress has grounds under the Constitution to impeach the President.