The holiday in modern times is used as an excuse to drink while people do not know how the holiday came to be. 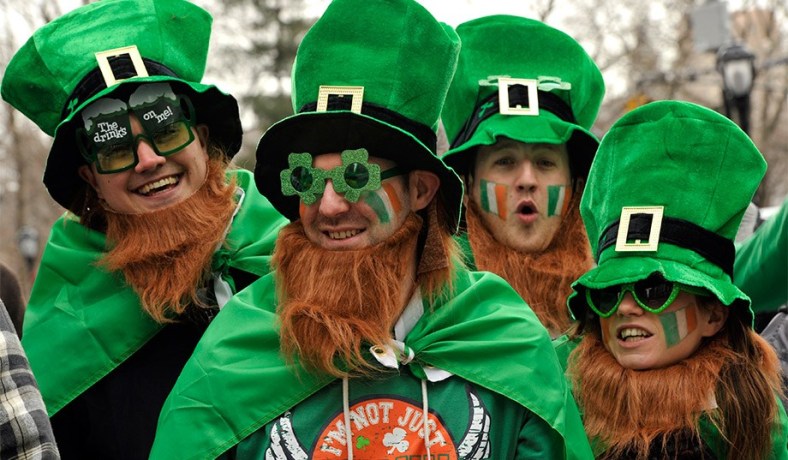 St. Patrick’s day is a feast day for Saint Patrick, a patron saint of Ireland. This holiday is celebrated on March 17 every year, which is the day that Saint Patrick passed away. He was born in Roman Britain and was kidnapped and brought to Ireland as a slave at the age of 16. He later escaped but returned to Ireland while being credited with bringing Christianity to its people. The mythology surrounding his life became more important in the Irish culture, becoming well known for explaining the Holy Trinity using the three leaves of a native irish clover, the shamrock.

Today, people of all backgrounds celebrate St Patrick’s day, especially in the United States, Canada, and Australia. The celebration is largely Irish culture themed and consists of wearing green clothing, parades, and drinking. While all of these traditions are fun and great ways to get together with friends, many people make this holiday an excuse to over drink or binge drink. This has been a problem for a long time, which is making this holiday celebrated only to drink as much as you want because it’s “celebrating” Saint Patrick’s death.

People around the world do not know the real meaning of this holiday and why it was first celebrated. The binge drinking of this holiday is putting many people in danger. Even one day of binge drinking a year can be harmful. This typically happens when men consume 5 or more drinks and when women consume 4 or more drinks in under two hours. Although binge drinking does not mean you have an alcohol use disorder, it can easily lead to one in the future. Another concern of binge drinking is that it is the most likely form of drinking that may lead to death. People will consume drinks fastly, not feeling the full effect of the alcohol until it gets into the bloodstream.

Binge drinking can also lead to bad decision making. It is known to increase the risk of sexual assault and domestic violence, as this may lead to miscommunication and misunderstandings between parties and dramatic emotional responses, such as anger. While many people drink more on the weekends, drinking can cause a decrease in work and school performance, as well as their attendance to important events happening in their life. Alcohol affects your short term memory, learning, and performance, causing bad things to happen.

While there are bad traditions of this holiday there are also many less dangerous traditions that are popular. In Chicago, they color their river green to mark the holiday and also wear much green clothing and accessories to represent the Irish culture. These traditions are less dangerous than binge drinking and do not take away the history and culture of the holiday.