The Effects of Antidepressants 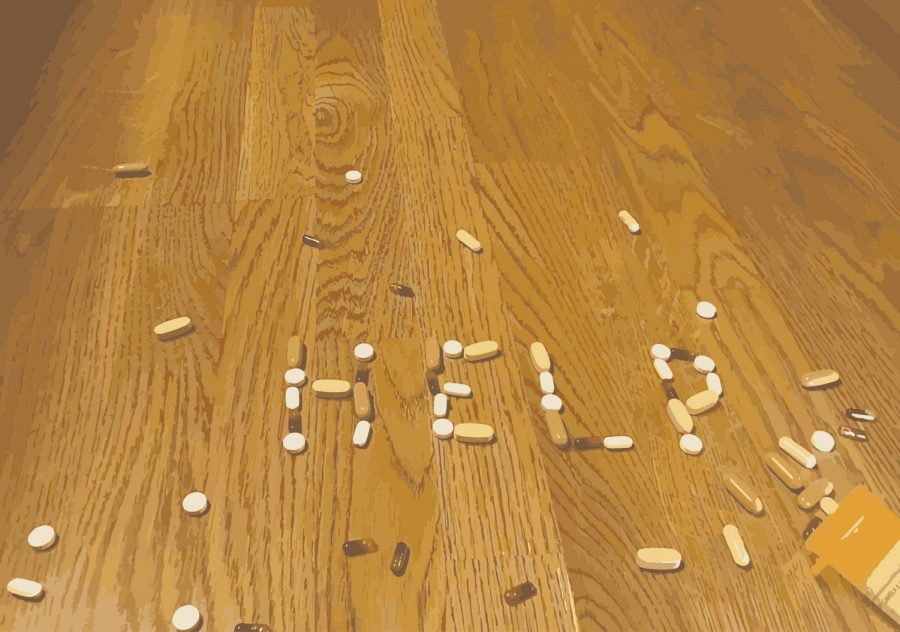 According to the National Institute of Drug Abuse, “6 in every 10 substance abusers also have a mental disorder.” This story dives into the use of certain drugs, prescription and not, and how they effect students in our school.

used to alleviate depression.
anything, and especially a drug used to prevent and treat depression.
medications that can help provide relief for symptoms of depression, social anxiety, seasonal affective disorder, anxiety disorders, and dysthymia.

These are three definitions of what an antidepressant is. To break it down, it is a medication or drug used to relieve and treat anxiety and depression. While the first thing that may come to mind is a prescription, among teenagers, illegal drug usage is a popular alternative. Many addiction specialists have reason to believe that teens turn to drugs and alcohol by self medicating their mood disorders. According to the National Institute of Drug Abuse, “6 in every 10 substance abusers also have a mental disorder.” As  teens turn to this, they face the grave danger of the many serious side effects that come along with it.

In early August, junior Valeria Cervantes-Carrillo started a prescription dosage of Nortriptyline to help with her migraines and depression. Like many others on medications, independent research was believed to not be necessary due to the fact that the doctor covered the possible side effects that come with her certain medication.

Though Cervantes has not been faced with one of the tragic consequences that may come with taking antidepressants, she does say she often experiences fatigue, so she has resulted to taking her dose at night before bed. She also added that she experiences drowsiness and blurry vision sporadically over time. As a result, she took a break which didn’t end up pleasant as it made her mental state very unstable.

“When I stopped taking them the first day, it was the worst. I felt like an emotional wreck, anything would trigger me into feeling like I wanted to cry and I was so anxious I almost had two breakdowns in the restroom – it was bad.,” Cervantes said. “I went from happy to sad very fast, I felt emotionally exhausted.”

Antidepressants can be a lifelong medication for some, as life without them after taking them for so long seems useless to some. Freshman Gracie Chavez spoke out about her experience with taking antidepressants since she was 13.

“I started taking antidepressants because my depression and anxiety was putting me in a suicidal state,” Chavez said.

Since starting she has been put into a better state of mind but still struggles with depression and major anxiety. Her day to day life hasn’t changed, she still experiences her ups and downs just as she did before. At one point, Chavez stopped taking her pills and noticed her depression worsening.

“I was getting back to the point where I didn’t want to do anything but sleep, I was always home, isolating myself, and I wasn’t expressing my feelings to anyone,” Chavez said.

For some, antidepressants mean a bad thing, but to Chavez it gives her hope.

“Knowing you’re on your way to recovery gives you hope, and makes you believe that you are going to be okay and your season of depression is almost over,” Chavez said.

An anonymous student also spoke out about their battle with depression. In this case, they used non-prescription drugs and illegal substances to self medicate their depression. When confronting their symptoms head on, their initial reaction was denial and shaming themselves into feeling weak for their feelings that they couldn’t control.

“It was a few months after my 16th birthday, I just felt alone I guess,” the anonymous student said. “The only way I could fill my emptiness was with drugs, so that was what I did.”

Contrary to popular belief, many people do not have access to prescription medications, or in some cases they aren’t as effective for someone, and instead they revert to self-medicating with illegal substances such as cocaine, heroine, and the most popular among teens, marijuana.

When given the factual evidence of the damage each drug does to an adolescent’s brain, this individual had already known the side effects of each drug.

“On cocaine you can go psycho and with ecstasy, pretty much the same thing, you burn holes in your head,” they said. “Of course, with ecstasy you take it and you wake up and feel like shit, you can’t breathe, and then like on cocaine you’re whole head and body hurts and it feels like you lose sensation in your fingertips.”

But it doesn’t end there. They said once you begin to abuse drugs it only gets worse from there. Taking the drug is the only way to make it stop, and that is only temporary.

Another anonymous student reached out about their battle with depression and how they’ve handled it.

“I was 12 when it started hitting me, had many thoughts going through my head about why I wasn’t good enough, that no one would care if I wasn’t here, that I don’t even have a future so there’s no point in being here. And only being 12 feeling like I was too “young” for depression, therefore not feeling open to talk about my feelings,” the anonymous student said.

Throughout their four years of battling depression, rather than using a prescription pill, they use THC to calm themselves and bring them to a more level state of mind.

“I do smoke weed to cope with it instead, it mellows me out, it opens my brain up. I think a lot more when I have THC in my system,” the anonymous student said.

Though both of these teens use THC and additional forms of illegal drugs, research has proven marijuana to be a depressant. In addition, it slows the speed of thinking and processing your thoughts, and is a memory loss drug. As many teens turn to solutions like this, there is a fine print that is calling to be read for the sake of their health.

If you or a loved one is suffering from symptoms of depression or anxiety, please text CONNECT to 741741, a hotline which connects you to professionals. It is never too late, people care and love you.